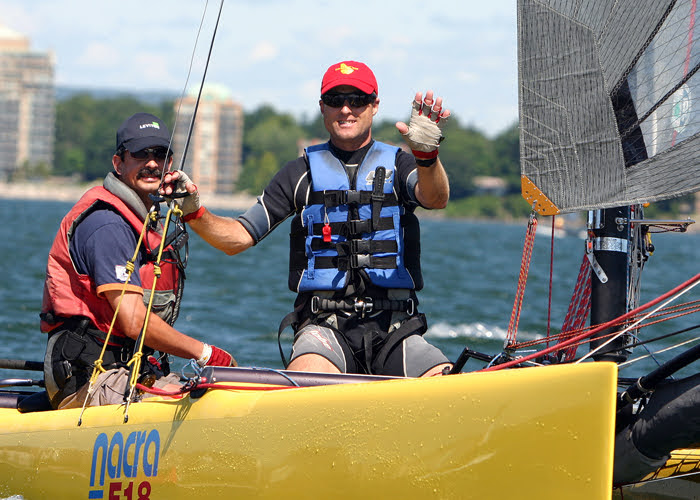 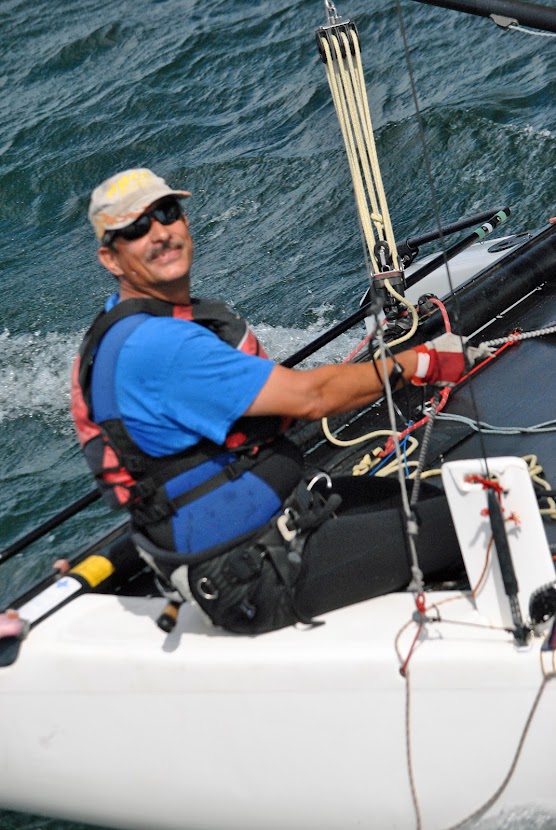 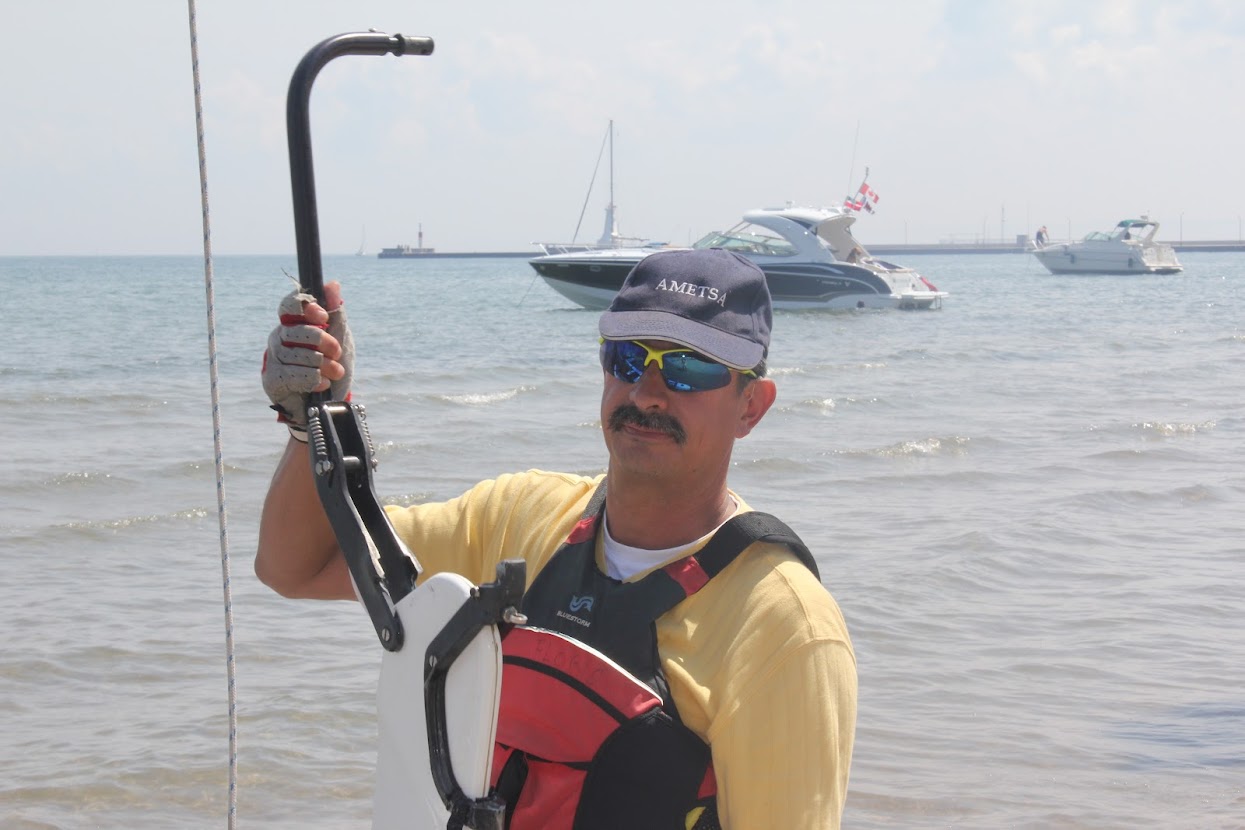 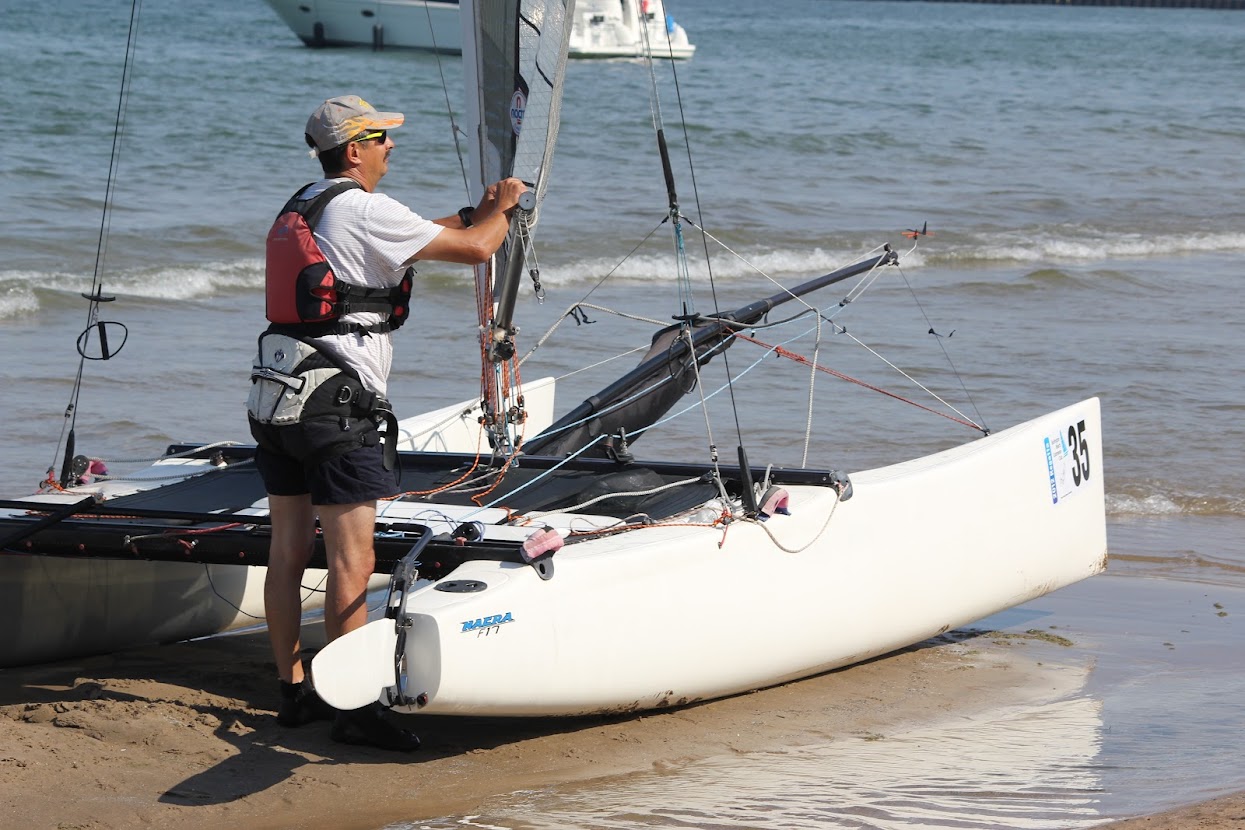 Floris Van Laar began his sailing career in the Netherland at the age of 9.  He and his brothers would compete in races whenever possible and in his early teens, Floris won the Province of North Holland Sailing Championship.  At the age of 18, Floris won the 470 Olympic Class Championship for the region. In 1990 Floris move to Canada first settling into Sault St. Marie and subsequently moving to Burlington in 1996 and joining the BBCC.  At that time there was no weekly racing within the Club and the Annual Bums Regatta had not been held for many years.  Floris helped re launch the BBCC Regatta in 1999 and was instrumental in developing the BBCC weekly Wednesday night racing series which is still running today. In 2005, Floris participated in the Netherland Around Texel race, the biggest catamaran race in the world with an annual average of 600 participants. In 2006, he became the Ontario Racing Catamaran Association (ORCA) Champion in the Low Portsmouth division, sailing his "Yellow Rocket" F18 with his crew Steve Clark. Floris and Steve continued to compete in numerous ORCA events finishing in the Top 5 consistently. In 2010, Floris moved to the F17 Class and helped bring the F17 NA Championships to BBCC. He won numerous regattas’ on his F17 boat. In 2012, Floris, Steve and Don Lawrence competed in the F27 Trimaran National Championships in Solomon Island, Maryland on, placing 2nd .  In 2014, Floris, Don and Steve came together again and competed in the 2014 F27 Nationals and finished 4th overall. Floris was BBCC Commodore from 2018-19 and currently lives in the Caribbean, sailing whenever possible .